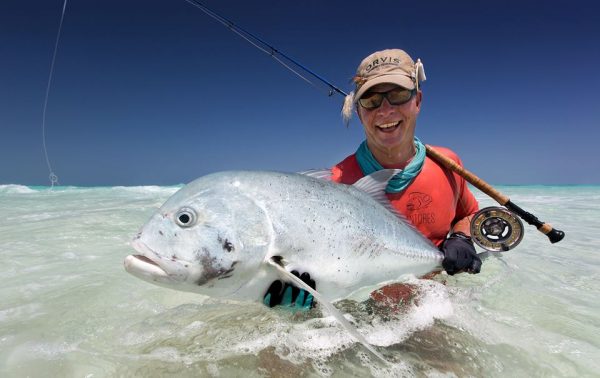 The Lakshadweeps compromise an uncountable amount of fishing opportunities that range from flyfishing to trolling. Within the boundaries of the reef, we do fish fly and light tackle spinning although we keep the flats exclusively for fly anglers. We do patrol the reef and swell-areas with smaller dinghis. Both Popping, jigging and for those who want to seek the ultimate thrill, a flyrod-equipment can be put through its paces. While in transit or stationary, trolling and bottom fishing can be done to make your fishing trip a 24hr experience.

The first mothership operation of its kind in the area!

It is hard to believe that the Lakshadweep Islands, formerly known as the Laccadives, have remained widely untouched from tourism. The islands are the northernmost of the Lakshadweep-Maldives-Chagos group of islands, which are the tops of a vast undersea mountain range, the Chagos-Laccadive Ridge. A mere 1 1/2 hour flight from mainland India is all that it takes to set foot into the softest coral sand you will ever experience. Stepping of the plane and you find yourself in the famous ”Giant Trevally triangle” of the indian Ocean, the arabian Sea. The Lakshadweep islands are the eastern border of this body of water that is known for its massive GT’s. Just on the other side of the Arabian sea, you will find Southern Oman as well as Socotra, both known for their unimaginable fish size on heavy popping equipment.

Just to enter Lakshadweep as a foreigner enquires a special license. Both tourism and sportfishing is extremely restricted and authorities are monitoring the fishing closely. Until now the area has been open for some small scale sportfishing from the main island of Lakshadweep called Agattti and its closest neighbours and the only means of getting around has been with open wooden boats. Since 2016 Solid Adventures have rights to operate a mothership accompanied by 2-3 smaller fishing boats in the archipelago opening up new possibilities to explore the magnitude of the area to its full potential. Already in our scouting phase, we have found prolific flats with GT, Bonefish, Triggers, Milkfish and more. plus the ever present reef spinning/popping. We are able to fish the far away atolls with the comfort and safety one would expect in a hotel. A new era of sportfishing has begun and Solid Adventures runs the only full-scale operation of its kind in the area.

This has been made possible by close cooperation with the people of Lakshadweep where rules and best practices have been worked out. With a focus on sustainability and local interaction to ensure the Lakshadweep fisheries remain unharmed we hope to have a postitive influence on the fish numbers in the archipelago. Even though the fishing today is absolute world class our common goal is to have the fishing improve even more over time as sustainable catch and release sport fishing becomes a long term industry for the local population of Lakshadweep.